When teaching topics as complex and weighty as the Holodomor, crimes against humanity, and genocide, it can be easy to cover facts and figures without fully understanding the ordinary humans affected by the extraordinary times of history. Holodomor Heroes is a series of basic fact sheets designed to address the 5W’s of journalism. The fact sheets focus on a brief bio of each hero of the Holodomor, what they did and why they are heroes. Each chose to act during the tragic events of the time and had the courage to tell and show the truth about what they had witnessed. They warned the world, spoke out against injustice, and helped bring awareness. Knowing their stories teaches us how we can choose to act in the face of adversity and extreme danger.

SERIES 1: Truth Tellers – The first journalists to write about the Holodomor

The power of journalism exposes the truth about both those in government who attempt to hide their activities or secrets and brings out information about ordinary people whose lives were disrupted by such world-changing events as the Holodomor. This first series will present the 3 journalists who first wrote about the Holodomor at the time it was happening. They wrote their stories despite the denial and disinformation of Stalin’s Soviet regime about the man-made famine. The series commences with Rhea Clyman, the first journalist to write about the Holodomor. 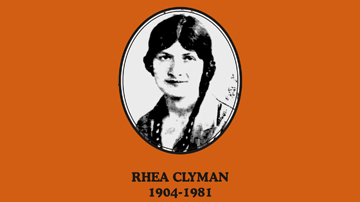