In 2013 on the 80th anniversary of the Holodomor, Prime Minister, Stephen Harper issued the following statement;

“Tomorrow Canadians and people around the world will pause to remember the millions of men, women and children who perished during the Ukrainian Famine-Genocide of 1932-1933, an atrocity perpetrated by Joseph Stalin’s communist regime.”

– Prime Minister, Stephen Harper. Statement made on the 80th anniversary of the Holodomor in 2013.

From 1932 to 1933, millions of Ukrainians starved to death in a genocide known as the Holodomor. The Holodomor was perpetrated by policies enacted by the government of the Soviet Union, under the leadership of Joseph Stalin and his regime, against the population of Ukraine. 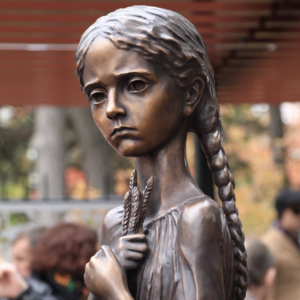 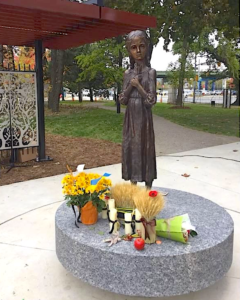 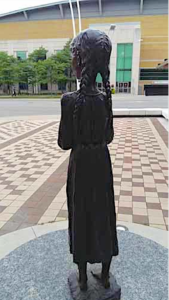 The Toronto Holodomor Memorial was unveiled and dedicated in October of 2018 in remembrance of the 85th anniversary of the Holodomor. It is located in the Holodomor Memorial Parkette, just inside the entrance of the Canadian National Exhibition (CNE) grounds. The Toronto memorial is comprised of Ukrainian sculptor Petro Drozdovsky’s iconic Bitter Memory of Childhood bronze monument, set on paving stones that suggest traditional embroidery, from which a winding pathway leads to 3 millstones in the parkette. The 3 Millstone Gardens, represent themes of Remembrance, Resilience and Renascence. These provide a narrative of the Holdomor and its legacy, with links to information and resources through scannable QR codes sited in each garden. Ornamental screens created by artists Anastasia Zaiats, Brad Emsley, and Rhonda Weppler further interpret each theme in the gardens. Seating and sheltered areas create a space to hold informative class field trips or for rest and contemplation. 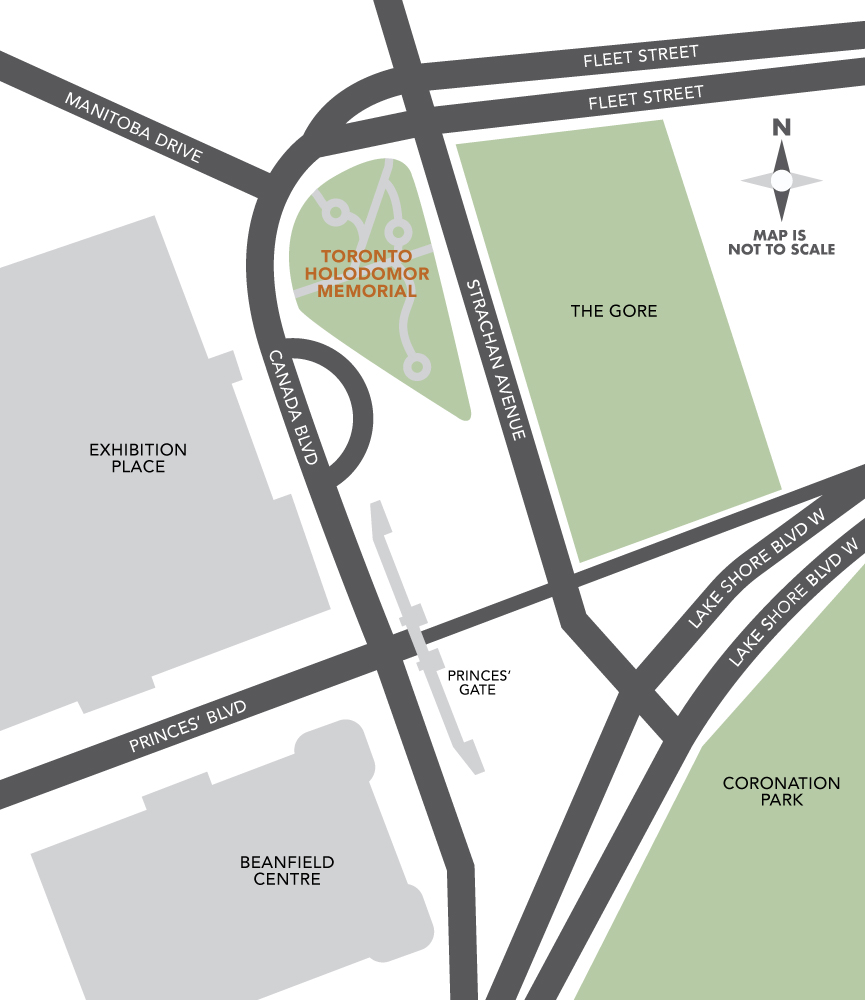 The Holodomor Memorial Parkette was created to convey the value of remembrance alongside concepts relating to humanism, tolerance, democracy, civil society and the defence of human rights. The natural and spiritual ecologies are also emphasized in the Memorial – in essence, all the life-affirming responses to the evils of the Holodomor and other atrocities. While exploring the route, visitors can reflect on the full horror of the Holodomor, feel the despair and helplessness and arrive at a place of peace. It was created as a space of memory, learning and respect for the tragic periods and moments in our histories. Memorial ceremonies are held here annually on the fourth Saturday of every November; these take place simultaneously at all of the Holodomor monuments globally. 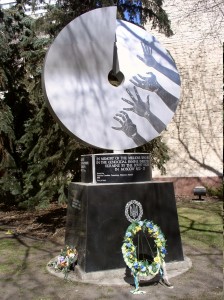 The Edmonton monument was the first Holodomor monument that was erected in Canada. It was unveiled in 1983, on the 50th anniversary of the Holodomor, the genocidal famine in Ukraine. It is located in front of Edmonton’s city hall and was sculpted by Ludmilla Temertey.
City of Edmonton Public Art Collection page 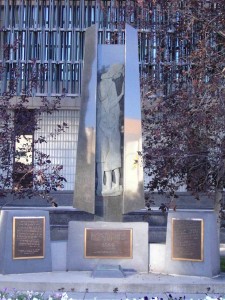 The Winnipeg monument was unveiled on June 24th, 1984 to similarly commemorate the deaths of millions of Ukrainian in the Genocidal-Famine of 1932-1933 and is located in front of Winnipeg’s city hall. 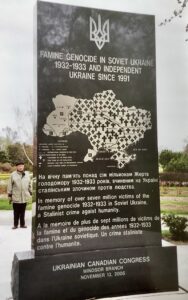 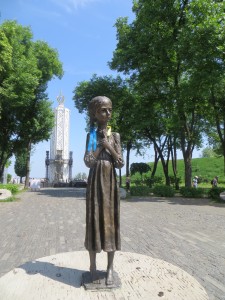 This commemoration statue is known as Bitter Memory of Childhood and is located in Kyiv, it’s part of a larger complex and museum that commemorates the Holodomor, the Memorial in Commemoration of Famines’ Victims in Ukraine.  It was established in 2008, on the 75th anniversary of the Holodomor and sees around half a million visitors every year. 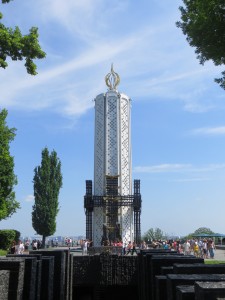 This is the museum located in Kyiv Ukraine that commemorates the Holodomor, the Memorial in Commemoration of Famines’ Victims in Ukraine. It was established in 2008, on the 75th anniversary of the Holodomor and sees around half a million visitors every year. 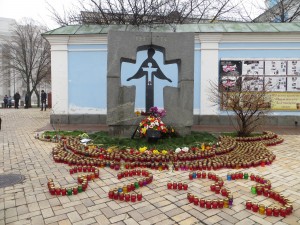 This is the first monument to the Holodomor in Kyiv. The monument was part of a special commemoration held for the Holodomor’s 80th anniversary in Kyiv Ukraine.

These photos are of a monument that stands in commemoration of the Holodomor in Kherson, Southern Ukraine. 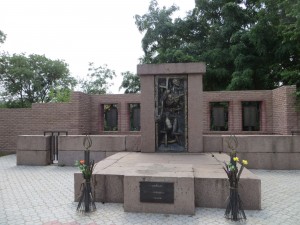 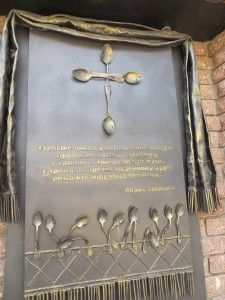 These photos are of a monument that stands in commemoration of the Holodomor in Odesa (Black Sea port), Ukraine. 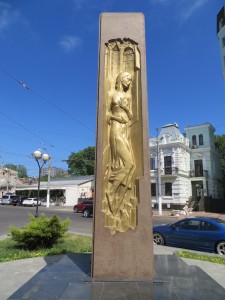 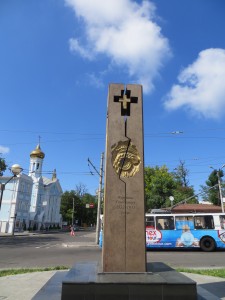 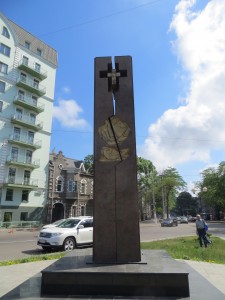 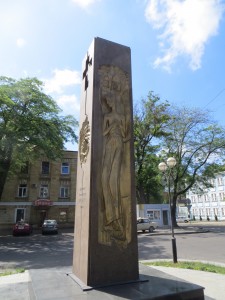 To see the Holodomor monuments, please click on the circles in each province (oblast) on the map (website created by the Ukrainian Canadian Research and Documentation Centre).

Other Holodomor Monuments Around the World