Primary documents are an excellent resource for students to develop critical thinking skills by having them analyze and synthesize information.  The recent publication and translation of Soviet and Ukrainian archives on the Holodomor have made the study of primary documents possible.

Teachers are urged to have students practice the Historian’s Craft, by having them analyze primary documents as if they were the only information available on the topic.  This could be done by analyzing individual documents as a class, or by using a ‘jigsaw’ exercise to extract basic information from all the documents in a concise and quick manner, using a prepared chart for recording the information

The following documents appear in the collection Holodomor of 1932-33 in Ukraine: Documents and Materials, Kyiv-Mohyla Academy, 2008, Kyiv, Ruslan Pyrih, ed.

* This law made collective farm property equal to state property and provided extremely severe punitive measures for encroaching on the harvest. In popular lore, this resolution became known as “the law of five ears of wheat.” Stalin would later invoke the law in a January All-Union Politburo resolution.

… 3) The main issue is now Ukraine. Matters in Ukraine are currently extremely bad.  Bad from the standpoint of the Party line.  They say that in two oblasts of Ukraine (Kyiv and Dnipropetrovsk, I believe), nearly 50 raion Party committees have spoken out against the grain procurement plan as unrealistic.  They say the matter is no better in other raion committees.  What does this look like?  This is not a Party, but a parliament, a caricature of a parliament.  Instead of directing the raions, Kosior is always waffling between CC AUCP directives and the demands of raion committees, and he’s waffled himself to the end.  Lenin was right when he said that a person who lacks the courage to go against the flow at the right moment cannot be a real Bolshevik leader.  Bad from the standpoint of the Soviet line.  Chubar is no leader.  Bad from the standpoint of the GPU. [Stanislaw] Redens is incapable of leading the battle with counterrevolution in such a large and unique republic as Ukraine.

If we do not correct the situation in Ukraine immediately, we will lose Ukraine.

Also keep in mind that within the Ukrainian Communist Party (500,000 members, ha, ha) there is no lack (yes, no lack!) of rotten elements, active and latent petlurites and direct agents of Pilsudski.  As soon as things get worse, these elements won’t hesitate to open a front within (and outside) the Party, against the Party.   Worst of all, the Ukrainian leadership does not see these dangers.

Things should not continue this way any longer.

Without these and similar measures (economic and political strengthening of Ukraine starting with the raions along the border, etc.), I repeat once again: we will lose Ukraine.

What do you think on this matter?

This requires attention as soon as possible, immediately after [your] arrival in Moscow.

Р. S. I have spoken to Menzhinsky about Balitsky and Redens. He agrees and fully supports the changes.***

* Vsevold Balitsky (1892-1937) was dispatched to the Ukrainian SSR by CC AUCP(b) Politburo resolution “On a Special OGPU Commissioner for Ukraine” from November 24, 1932. Balitsky was the deputy head of the OGPU joint state political administration, SNK USSR (1931-1934). He headed the GPU political police in Ukraine (1933-1937) and was a member of the Central Oversight Commission of the All-Union Party. Stanislaw Redens (1892-1938) was a member of the Central Committee of the All-Union party (1927-1934) and the head of the Ukrainian SSR republican GPU (1931-1933). He was replaced by Balitsky as head of the Ukrainian GPU in February 1933.


3. Resolution of CC AUCP(b) and USSR SNK on grain procurements in Ukraine, the Northern Caucasus and the Western Oblast

On hearing reports from Comrades Rumiantsev, Secretary of the Western Oblast Party

Kosior and Chubar, shall fully complete the grain and sunflower seed procurement

of Comrades Sheboldaev and Larin, shall fully complete the procurement

Comrades Rumiantsev and Shelekhes, shall fully complete the procurement plan for

North Caucasus region that the irresponsible, anti-Bolshevik “ukrainization” which affected nearly half of the raions in the North Caucasus do not correspond to the cultural interests of the population. It was carried out with a complete lack of supervision on the part of territorial agencies over the ukrainization of schools and the press, and provided the enemies of Soviet rule with legal facades for organizing resistance to the endeavors of Soviet authorities by kulaks, [czarist] officers, re-emigrating kozaks, members of the Kuban Rada, etc. In order to crush the resistance to grain procurement by kulak elements and their “Party” and non-party flunkeys, the CC and SNK USSR resolve the following: 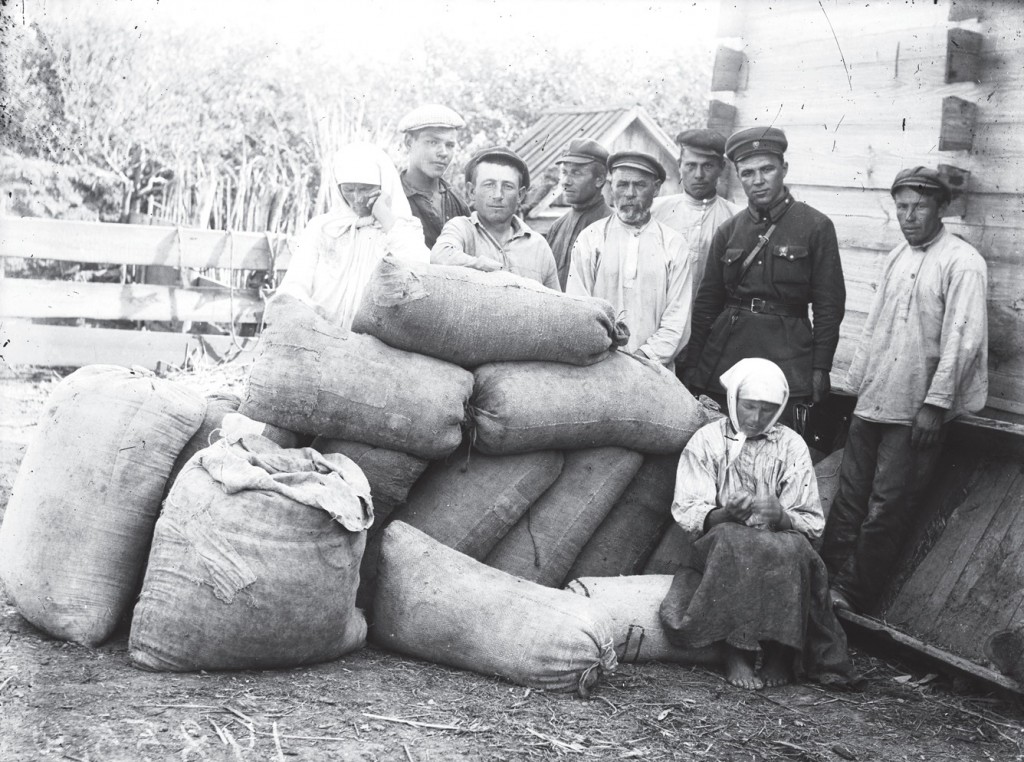 
4. Report from Balitsky to the OGPU on the mass exodus of villagers from Ukraine 4

The mass exodus of peasants from villages primarily in Kharkiv, Odesa, Kyiv and from parts of Chernihiv oblasts that began in late December, 1932, can be broken down as follows:

Incidents of flight have been registered in nine raions and 68 villages. A total of 1,541 individuals and 146 families have fled. Among them: 146 individual collective farmers, three collective farmer families, 1,246 private farmers, 124 private farmer families, 141 individual kulaks, 19 kulak families, and five Party activists. All told, incidents of flight in these oblasts have been registered in 74 raions, 721 villages, and 228 collective farms. A total of 31,693 individuals and 2,789 families have left. Among them: 10,539 individual collective farmers and 1,262 collective farm families, 19,203 individual private farmers and 1,131 private farm families, 1,823 individual kulaks and 396 kulak families and 126 Party activists. In most cases, the incidents of flight can be attributed to the search for work. The fact that malicious non-deliverers of grain prevail among those fleeing is evidence that this exodus is from the countryside. Some of those fleeing from their villages take their families along, boarding up their houses and hiding their grain reserves with neighbors and relatives. Some of those fleeing from the villages have buried their grain in the ground. In some villages, those fleeing are primarily the heads of families. Most of those fleeing their villages are headed to Donbas and large industrial centers. The exodus of collective farmers is occurring on a much lower scale than the flight of private farmers. There are also incidents of village council and collective farm chairmen, including “communists,” leaving their villages without permission. “Communists” are fleeing from their villages because they are afraid of facing repressions for the sabotage of grain procurement and failure to perform the tasks set by the Party. Inspections of the Lozova and Sumy railway junctions in Kharkiv oblast, where flight from villages is particularly large in scale, showed high ticket sales for long-distance trains in January this year: 16,500 tickets were sold at Lozova station and 15,000 at Sumy station in January. The growth of ticket sales has also been observed at the Pomoshchna station,

In November, 879 tickets for long-distance trains were sold, 3,614 in December and 1,617 in the first half of January. No rapid spikes of long-distance train ticket sales have been observed at other railway junctions. In early January, in order to stop the flight from villages in a resolute manner, Ukraine’s GPU began arresting the organizers and instigators of the exodus and stepped up intelligence and information-gathering efforts in places where mass exodus had occurred. More than 500 malicious instigators of exodus have been arrested. Ukraine’s GPU has been reporting to the CC CP(b)U and OGPU’s SPO [secret political division] on the mass exodus since December 25, 1932. I am issuing additional orders as per your instructions.

Top Secret: From Lubianka to Stalin on the state of the country in 4 volumes (Moscow, 2001, 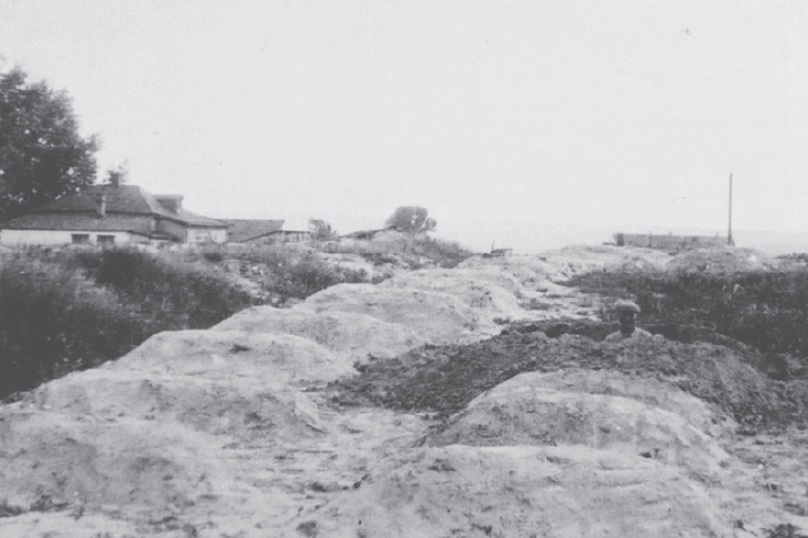