TORONTO | 22 October 2019.  Valentina Kuryliw and Oksana Rewa were presented with the Markian Ochrymowych Humanitarian Award, also known as the “Helping Hands” Humanitarian Award, at a gala banquet in their honour on October 20, 2019 at the Old Mill Inn by the Ukrainian Canadian Social Services–Toronto (UCSS-T). “Mrs. Kuryliw and Mrs. Rewa have made a substantial contribution to the community in education, culture and the arts and community development. These women have been tireless and passionate leaders, advocates and volunteers in the community their entire lives,” the BCU Foundation, a patron sponsor of the UCSS-T, wrote in a statement. 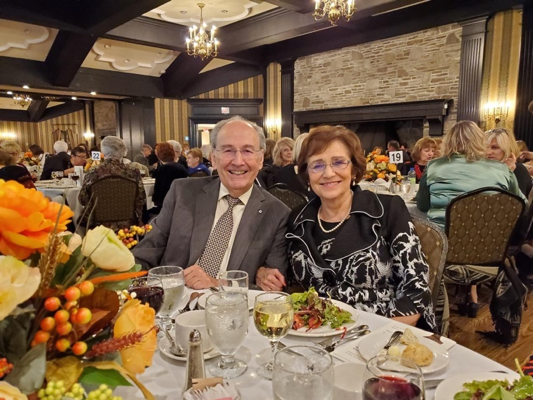 The Helping Hands Award is presented every two years to an individual or individuals who seek to advance the wellbeing of humanity through volunteer work, advocacy, leadership and/or philanthropy in Canada or abroad. The award is named after Markian Ochrymowych, a social worker and a dedicated humanitarian who worked tirelessly to help people in need. The Award Banquet is held every two years to recognize individuals in the community for their humanitarian values, philanthropy, volunteer activities and leadership in the areas of culture, education, community organization and development, human rights advocacy and building a civil society.

The evening was opened with welcoming remarks from Ann Semotiuk of the UCSS-T Ochrymowych Committee, who stated: “I think community service is inherent in our Ukrainian DNA. Throughout history, Ukrainians have come together as a community to help one another, to fight injustice, and to do work that will have a lasting, positive impact on themselves and their community.” She also noted that, “social and community service is tough work and emotionally exhausting…Our Ukrainian community has a plethora of private and other types of foundations that celebrate visual and performing arts. They celebrate culture in all of its forms, and education, and community development initiatives. But not one that I am aware of identifies or promotes social services.” 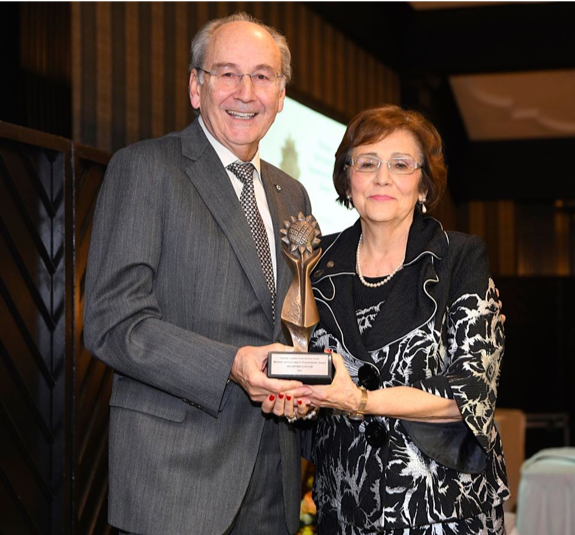 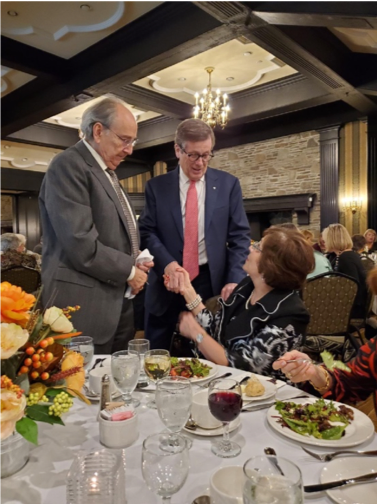 Valentina Kuryliw was introduced by James Temerty, founder and CEO of Northland Power Inc., who reminisced about his childhood days in Montreal with Kuryliw, saying: “We always called her ‘our kozachka Valentina,’ a fierce and fearless fighter for just causes.” As former Chairman and Governor of the Board of the Royal Ontario Museum (ROM), he also noted that, “Valentina provided valuable consultation when we were organizing the Scythian exhibition, which by the way, still resonates in the halls of the ROM to this day. The opening was attended by over 800 people and the ROM has never seen anything like that since, and I thank Valentina.” Kuryliw honoured her Holodomor survivor parents during her speech and noted: “It was as if it was in my DNA and all paths in my life have been converging on the topic of the Holodomor.” A distinguished educator who has published two major books on methodology in teaching history used to reform teaching methods in Ukraine to promote civil society through education, Valentina Kuryliw also created the inaugural lesson for the Holodomor Mobile Classroom, an immersive learning experience that has won three international design awards. Valentina Kuryliw addressed the lack of information in Canadian textbooks regarding Canada’s First Internment Operations in World War I, lobbied for refugees from behind the Iron Curtain and elsewhere, established the Holodomor Memorial Day in schools across Canada and facilitated the inclusion of the Holodomor into Canadian curricula. As President of the Canadian Ukrainian Opera Association since 1996, Valentina has also organized events to promote Canadian talent and classical music. Her most recent accomplishment is the publication of a much-awaited book and resource for teachers entitled, Holodomor in Ukraine, the Genocidal Famine: Learning Materials for Teachers and Students. 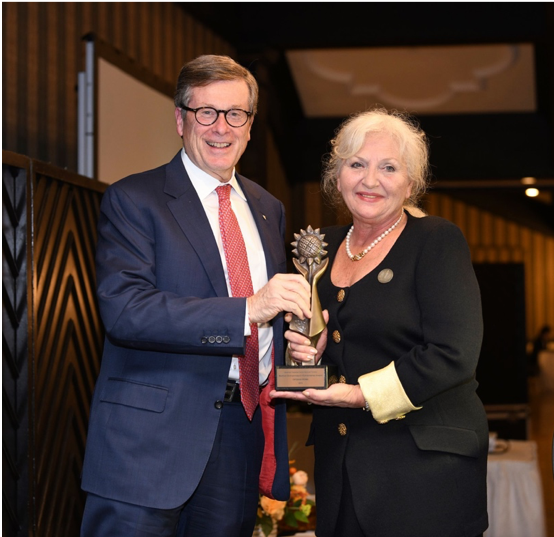 Oksana Rewa is a passionate and dedicated voice for the causes she embraces. A leader in the community since the early 1990s when she started fundraising as a member of various medical and academic organizations in Toronto, she expanded her community activities and became a committed and valuable activist in the Ukrainian Canadian community. Oksana has been involved on various building and fundraising boards, as a promoter of youth outreach programs and an organizer of cultural activities. Founder of the Canadian Bandura Foundation, she was also the Executive Producer of an award-winning documentary short about the Bandura, she organized a Bandura workshop in Ukraine for Canadian students and produced the first International Bandura Festival in Oakville. As a former President of the Ukrainian Canadian Congress –Toronto, Oksana Rewa has been the driving force for the successful creation of the Holodomor Memorial in Toronto, her most recent accomplishment of which she is proudest. Rewa was introduced by Toronto Mayor John Tory, who worked with her on the Memorial Project and reminisced about the amount of vision and work involved in creating a Holodomor Memorial site for Toronto, stating that, “Oksana is a shining example of community leadership and is a true champion for the Ukrainian community here in Toronto.” During her speech, Oksana stated: “I believe a humanitarian is someone who deems all human beings deserve respect and dignity.” She also paid tribute to women in the community who have worked for humanitarian causes but in the past have not been openly recognized, saying: “To all the women who devote their time in making our society better, we salute you, you are our goddesses…our bohyni.” 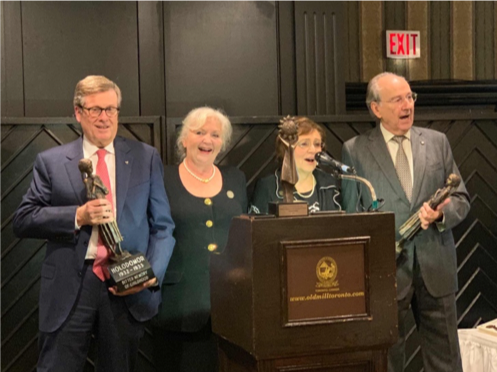 At the end of the ceremony, Rewa and Kuryliw surprised Mayor John Tory and James Temerty with special gifts of a small bronze replica version of Ukrainian artist Petro Drozdovsky’s Holodomor Memorial monument, “Bitter Memories of Childhood,” telling them that “the Ukrainian Canadian Congress of Toronto, under the leadership of President Taras Bahriy and all its member organizations, thank you for your friendship and your support. The Ukrainian Canadian community of Toronto will always be grateful for your humanitarian acts towards them.” They joined with all those attending the banquet in singing “Mnohaya Lita” together.

Ariadna Ochrymowych, daughter of award founder Markian, gave a moving speech at the very end in homage to her father, detailing relevant information about his life and works. Mezzo-soprano Alexandra Beley sang three beautiful works with piano accompaniment during dinner.

The Ukrainian Canadian Social Services–Toronto (UCSS-T) is a charitable, non-profit organization that has been providing programs and services to the elderly, immigrants, families and youth in the GTA since 1953. Net proceeds from this fundraising award banquet support the UCSS-T Help Bureau, which provides social programs for seniors, individuals and families in need.

The Holodomor Research and Education Consortium (HREC) is a project of the Canadian Institute of Ukrainian Studies (CIUS) at the University of Alberta.