Over 100 students attended a large assembly on Holodomor Memorial Day that was held in the George S. Henry Academy auditorium in North York, Ontario.  This Holodomor Memorial Day assembly was organized exclusively as a student initiative by a special committee of the student council. School staff were there to aid and support the students but were otherwise not involved in its planning and performance. George S. Henry Academy is part of the Toronto District School Board. 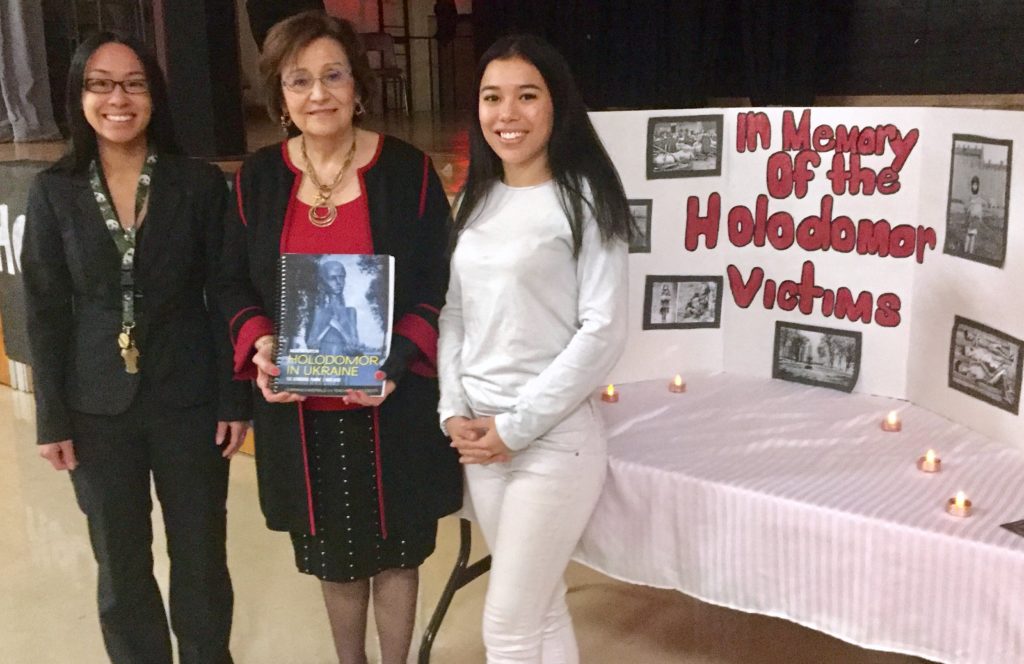 The students created two carefully crafted displays highlighting books about the Holodomor from their library and utilizing information boards to display archival photographs, quotations and other information they had researched alongside artworks they created in response to what they had learned about the Holodomor. In addition, the students had researched very appropriate traditional Ukrainian music respectful of the occasion which played before, after and throughout the assembly program at various times. 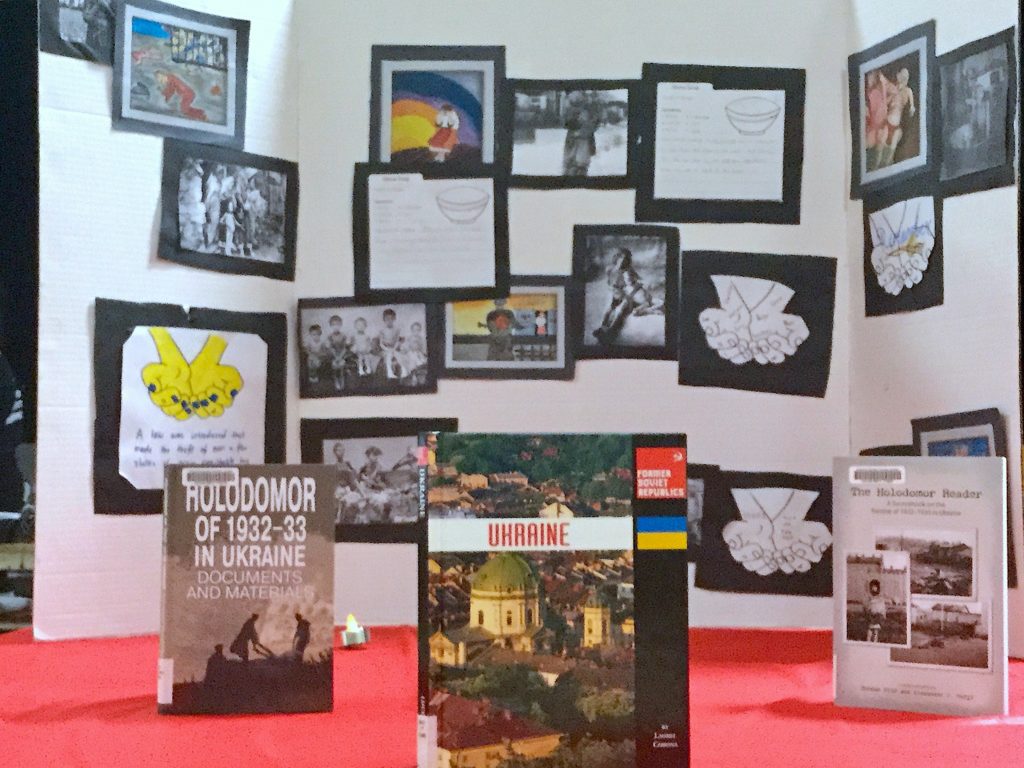 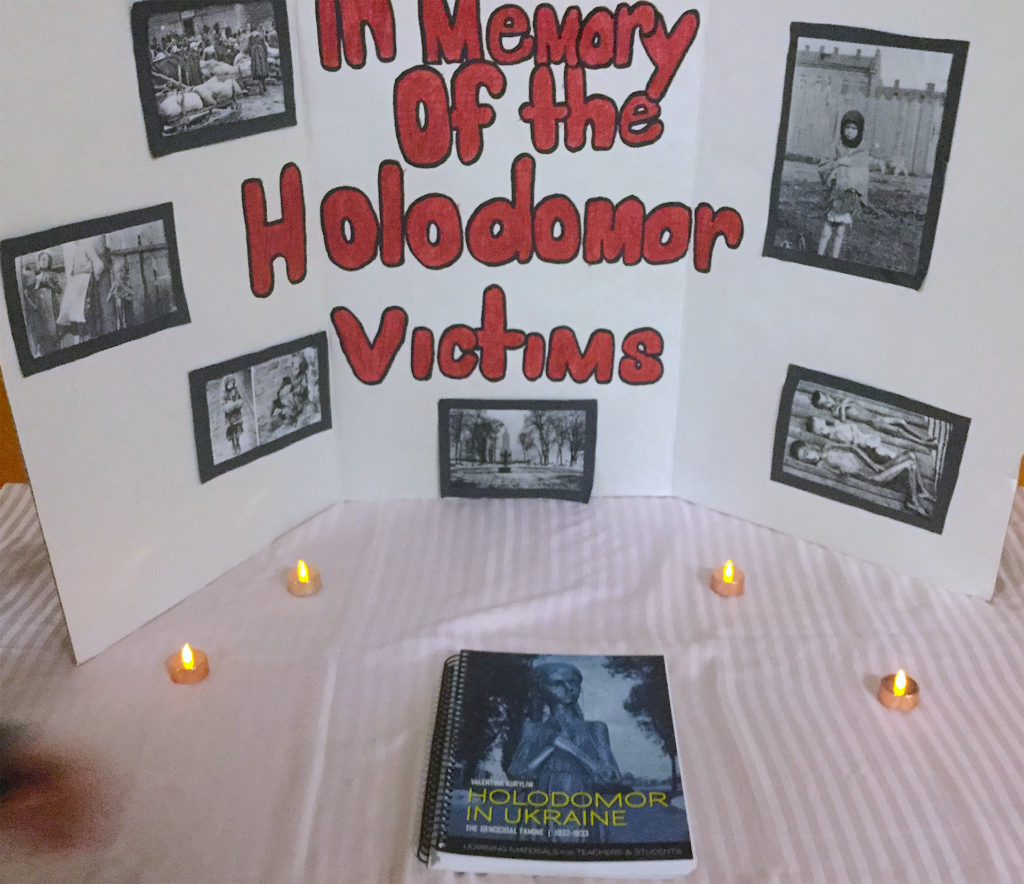 The student committee invited Valentina Kuryliw, whose parents were both Holodomor survivors, and who currently is Chair of the National Holodomor Education Committee of the Ukrainian Canadian Congress and the Director of Education of the Holodomor Research and Education Consortium, to deliver a presentation. Her talk, entitled “Food As A Weapon,” examined the concept of genocide, gave an overview of the events that led to the destruction of millions of Ukrainians in the Holodomor, touched on her parents’ experience and the importance of standing up against human rights violations which, if not curtailed, can escalate to acts of genocide. After Kuryliw’s presentation, the student committee held a candle light procession and a moment of silence for the victims of the Holodomor. The assembly ended with a question and answer period with Valentina Kuryliw. 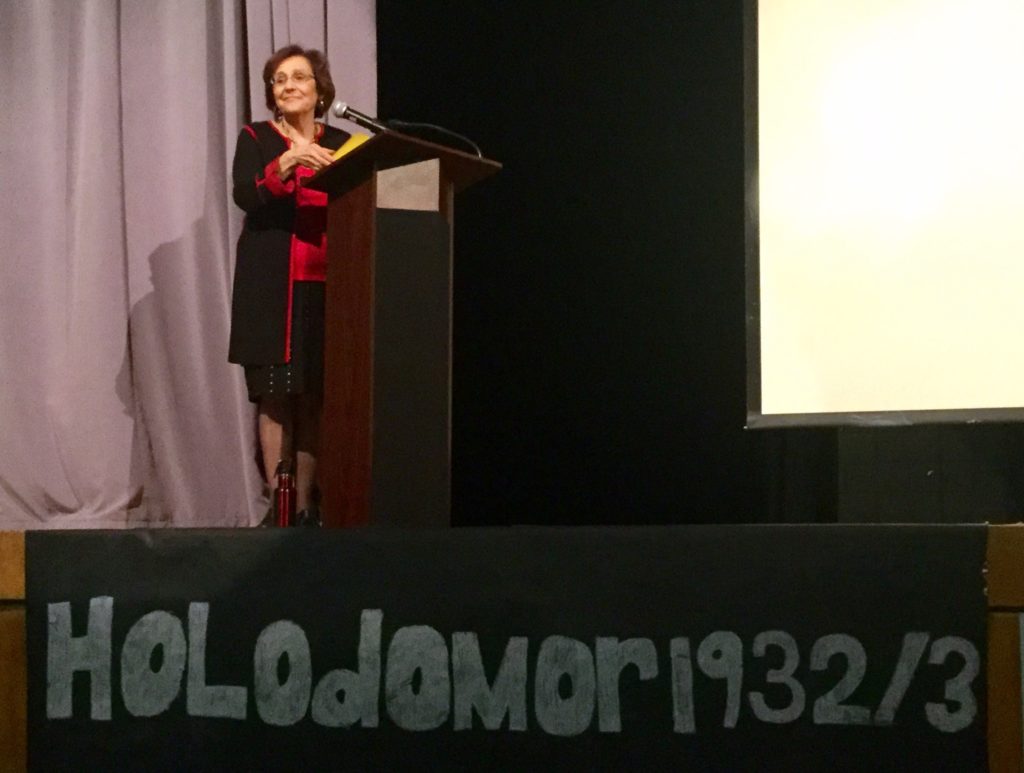 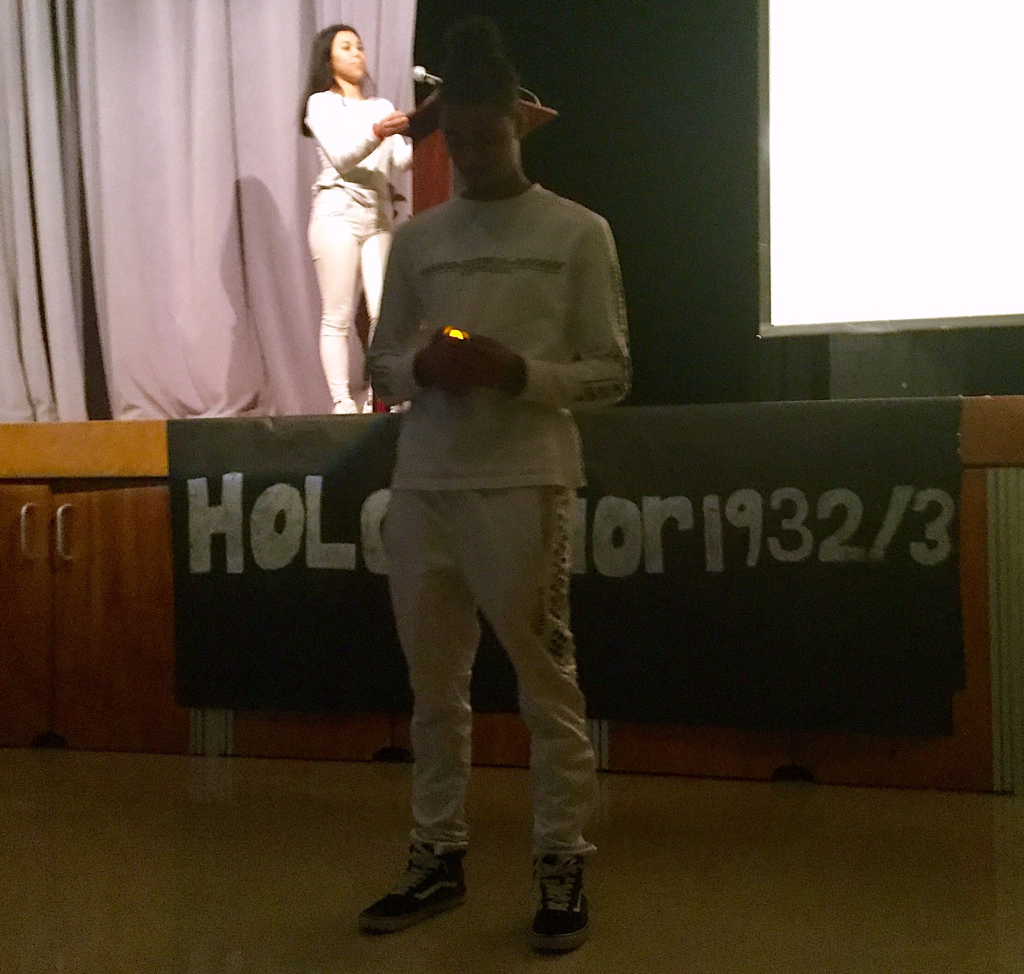 Students worked together in teams to ensure that the assembly was very professionally and smoothly presented, technically and performatively. It was impressively put together and carried out, impressive to experience the students’ engagement and enthusiasm for researching materials and putting it all together into an assembly presentation, and impressive to experience the respect with which the students participated in the solemn event. Afterwards, some of the student committee members stayed to speak with Valentina and were happy to explain the work they put into the displays and the music research with pride.