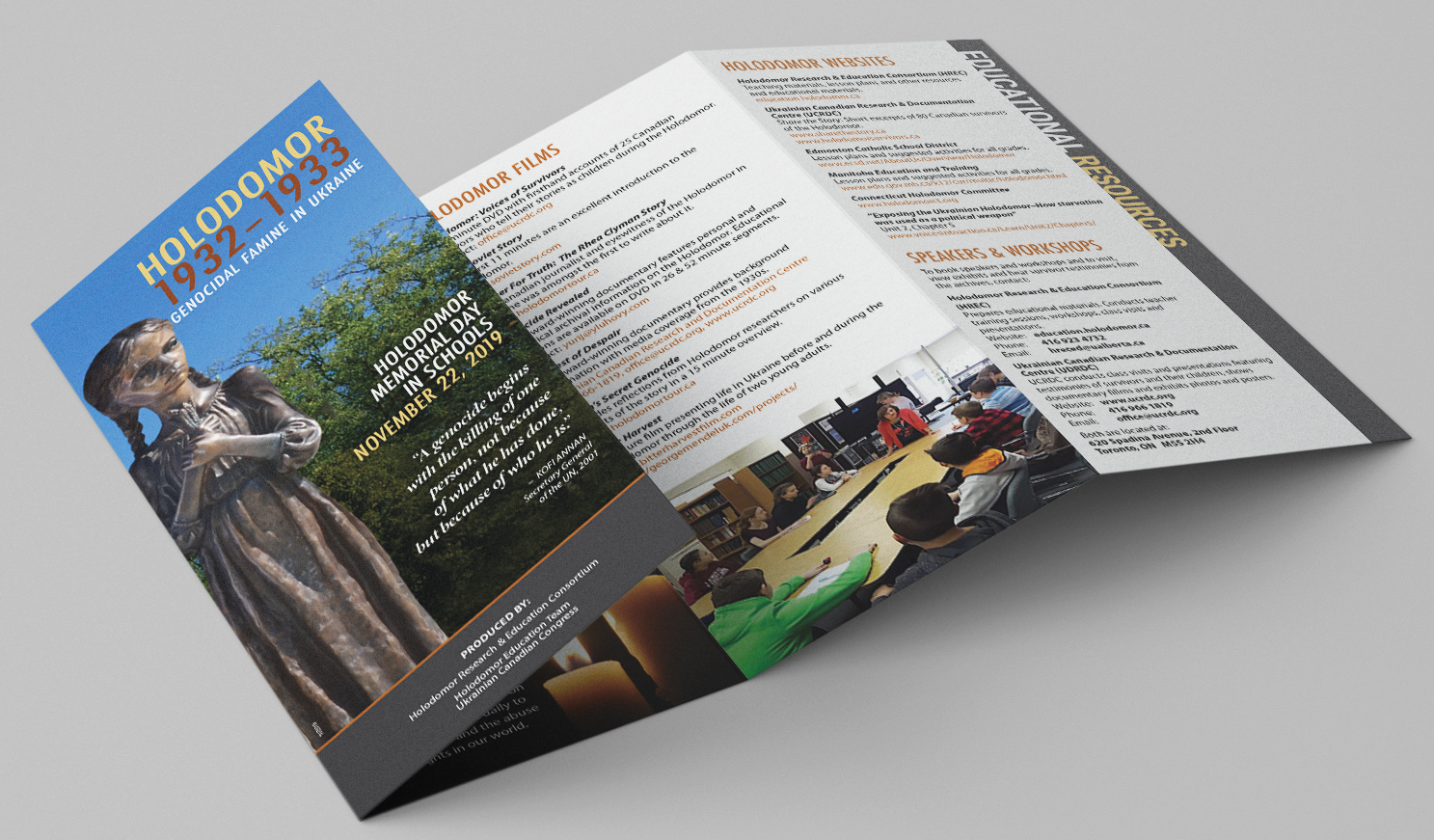 November is the month for remembrance of the Holodomor, one of the major genocides of the 20th century. Holodomor means death inflicted by starvation. In 1932 – 1933 Ukraine was devastated by a famine caused by the policies of Stalin and his Communist government. Millions died, but it was denied, covered up and ignored for over 50 years.

There was no drought, nor any shortage of grain in the fields. The Holodomor took place in a time of peace. While millions of men, women and children were dying in Ukraine, the government of the Soviet Union confiscated wheat and other grains from Ukraine to be exported and sold to other countries, and to feed its own population in industrializing cities. Many Ukrainian villages had all food taken away as well, leaving farmers and their families with nothing to eat. Food was thus used as a weapon. 31% of those who died of starvation were children under the age of 10.

International relief organizations offered to provide aid for the starving, only to be turned away by the Soviet regime which insisted there was no famine in Ukraine, and thus no victims to help. To even speak of the Famine was forbidden in the Soviet Union for decades. Many who survived could not tell their story even to their own families. Denial of the Holodomor continues to this day in some countries, despite the mounting evidence and testimony of survivors.

Fake news is not a modern phenomenon. Journalist Walter Duranty wrote articles in The New York Times denying famine in Ukraine and attacking those who wrote about it. He is now discredited. Others, like Canada’s Rhea Clyman, wrote about the starvation and suffering, but not enough people were listening.

In Canada, the federal government along with six provinces, including Ontario, have designated today as Holodomor Memorial Day. As we take a moment to remember the victims of the Holodomor, let us also reflect on the actions we can take daily to combat genocide and the abuse of human rights in our world.

Lesson plans and suggested activities for all grades.
www.ecsd.net/AboutUs/Overview/Holodomor

by B. Klid & A. Motyl, Edmonton: CIUS Press, 2012 A collection of key texts and materials.
www.ciuspress.com/catalogue/history/324/the- holodomor-reader

Canada has been affected by many genocides and recognizes: the Armenian Genocide, the Ukrainian Holodomor, the Jewish Holocaust, the Genocide Against the Tutsi in Rwanda and the Genocide in Bosnia. The Canadian Parliament has also recognized the ongoing genocide being committed against the Yezidi in Syria and Iraq today, the Rohingya in Myanmar and the Romani during WWII.